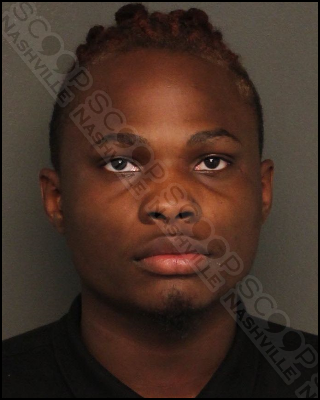 Things aren’t always as they appear — 23-year-old Trey Garriques has social media pages filled with photographs of him in expensive clothing at expensive restaurants with some of the most expensive backdrops in the city, portraying a well-funded lifestyle. Dillard’s of The Mall at Green Hill would like a word. Store security detailed Garriques on August 11th after observing him conceal 2 pair of designer sunglasses under some other clothing and visit the fitting room. After exiting the fitting room, the wanna-be fashionista made a dash for the door and passed all points of sale. The items were recovered from his person and he was issued a citation for shoplifting. He was booked on the warrant this week.

Trey Garriques of Plus Park Blvd in Nashville, TN, was booked on the citation on September 6th, charged with retail theft.