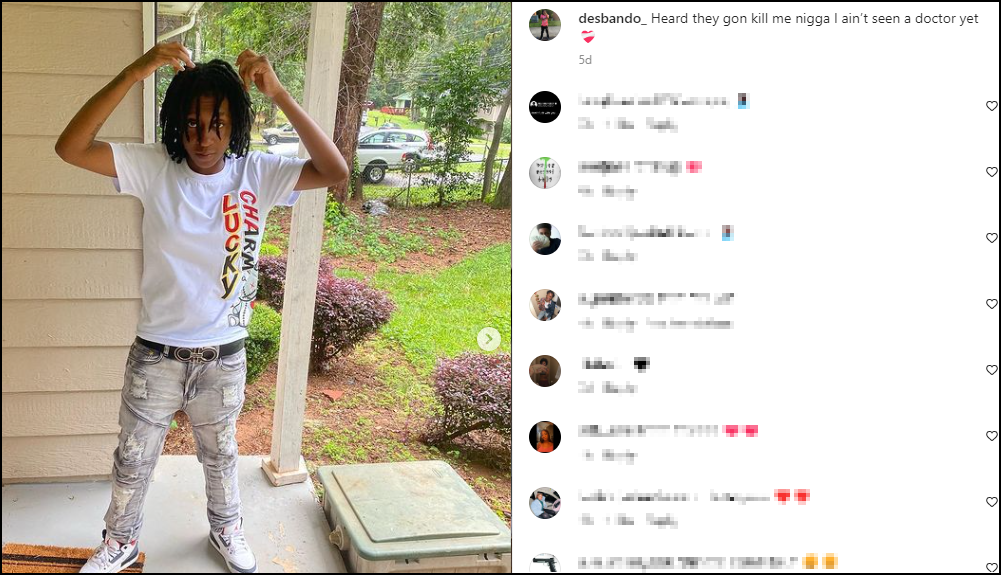 Homicide Unit detectives this morning charged Dyquan Poole, 19, and Omarian Arrington, 17, with criminal homicide and two counts of attempted criminal homicide in connection with gunfire in the parking lot of Oscar’s Taco Restaurant on Fesslers Lane Friday afternoon that killed a woman and critically injured two men. Jaylen Floyd, 19, is also being charged with evidence tampering after fleeing from an involved vehicle while armed with a gun. The fatally injured female hasn’t been officially identified by MNPD, but close friends have identified her as Destinee (Des/@desbando_). Dillon Bird, 21, and Juan Davila-Hugarte, 18, were critically wounded during the encounter.

The as yet unidentified woman, who had gotten out of the Rogue and into the Infiniti, was fatally wounded.  Two other occupants of the Infiniti, Dillon Bird, 21, and Juan Davila-Hugarte, 18, were critically wounded.

After the gunfire stopped, Poole and Arrington got into the Rogue.  It fled the parking lot and traveled a short distance to the intersection of Fesslers Lane and Lebanon Pike, where it tried to wedge its way between two trucks.  It was unsuccessful and became disabled.  The four persons in the Infiniti, including Poole and Arrington, tried to flee on foot.  All were apprehended a short time later by responding Hermitage Precinct officers.  Another person in the Rogue, Jaylen Floyd, 19, is being charged with evidence tampering after being identified as fleeing from the Rogue armed with a gun, which was subsequently recovered.

The motive for the gunfire remains under investigation. Dyquan Poole has been the subject of previous police investigations.  He was charged with aggravated robbery on May 30, 2018, after a 76-year-old woman on Stilton Drive identified him as the person who robbed her of her purse at gunpoint just after she arrived home. On July 25, 2019, the police department asked the public to be on the lookout for Poole after he and other teens escaped from state custody by scaling a fence at the contracted TrueCore Facility on Stewarts Ferry Pike.  He was charged with escape the following month.

A judicial commissioner set Poole’s bond this morning at $350,000.  Arrington was booked into juvenile detention. Floyd’s bond is set at $50,000 on the evidence tampering charge. A total of eight guns were recovered during this investigation.