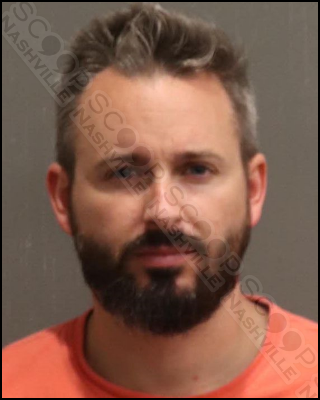 32-year-old Andrew Norelli and several friends became “very upset” in downtown Nashville Saturday night when Metro Nashville Police arrested a member of their friend group, who is an off-duty police officer from New York, after he assaulted an off-duty police officer working security at Valentine’s Bar. Once the friend had been handcuffed and placed into a patrol car, Norelli became hostile to officers demanding to know what occurred and approaching the door of the transport car. He continued to be aggressive to police and others and took a fighting stance when asked to cooperate and calm down. After refusing to stay out of the way of the incident, Norelli was also taken into custody and charged with disorderly conduct.

Andrew Joseph Norelli of Broadoak Loop in Sanford, FL, was booked into the Metro Nashville Jail on September 11th, charged with disorderly conduct. A judicial commissioner set his bond at $1,000.