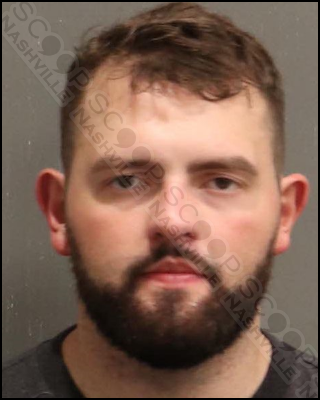 Metro Nashville Police Officers working the Entertainment District Initiative Fright night encountered 27-year-old Brendan Dixson attempting to get into a closed business on Broadway while yelling and banging on the door. He was asked to move along and enjoy his evening but continued to cause a distraction to other patrons walking by. He left momentarily but moments later returned to bang on the door again. Due to his level of intoxication and propensity to continue to damage property and be a public annoyance, Dixson was transported to booking and charged with public intoxication.

Breandan J. Dixon was booked into the Metro Nashville Jail on September 9th, charged with public intoxication. A judicial commissioner set his bond at $100.