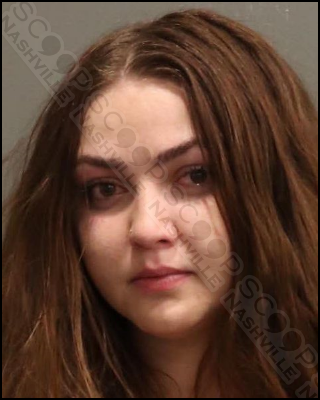 26-year-old Kaitlyn Bear was found sitting in the parking lot of Noble’s Bar in East Nashville late Monday night as police were dispatched to the location in response to an extremely intoxicated female. She had slurred speech and reeked of alcohol, according to police, and had difficulty standing on her own. Officers attempted to assist her in finding a ride home, but she refused all offers of assistance. She was eventually taken into custody and charged with public intoxication.

Kaitlyn M. Bear was booked into the Metro Nashville Jail on September 13th, charged with public intoxication. A judicial commissioner set her bond at $100.