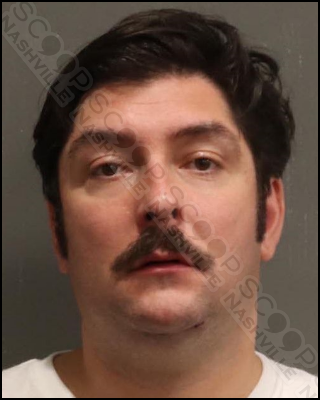 39-year-old Kyle Coffin was being so annoying and disruptive to others in section 115 of Bridgestone Arena during the Pearl Jam concert this weekend, Metro Nashville Police were dispatched to the area. Officers observed Coffin to be extremely intoxicated and belligerent. He was unable to care for himself and was being an unreasonable annoyance to the public, so Coffin was transported to booking and charged with public intoxication.

Kyle Coffin of Germantown Circe in East Ridge, TN, was booked into the Metro Nashville Jail on September 17th, charged with public intoxication. A judicial commissioner set his bond at $100.