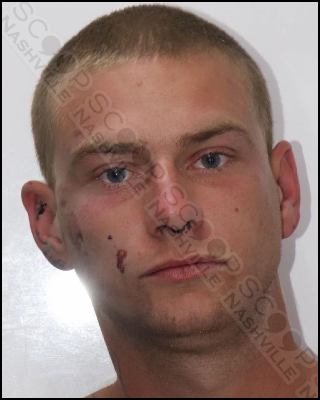 28-year-old Jacob James Sistrunk was brawling with another individual near 4th & Broadway in downtown Nashville when officers working the Entertainment District Initiative separated the two parties and attempted to get them to go about their nights. Sistrunk continued to be belligerent and reeked of alcohol. When it became apparent he was too intoxicated to remain alone in public, he was transported to booking and charged with disorderly conduct and public intoxication.

Jacob James Sistrunk was booked into the Metro Nashville Jail on September 23rd, charged with public intoxication and disorderly conduct. A judicial commissioner set his bond at $200.