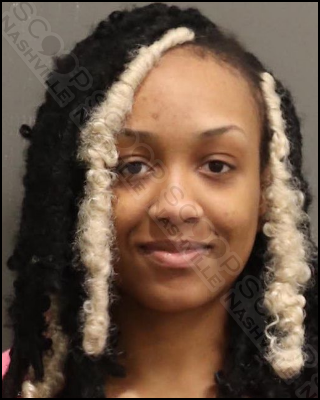 Metro Nashville Police responded to a disturbance on September 27th, where 19-year-old Galaneicia ‘Nene’ Wiggins and Jadonte Hodges were each calling 911 to report the other person. There was mumbled background screaming on both calls, and officers arrived to find Wiggins standing outside the home of Hodges, her boyfriend, screaming into his window. Wiggins explained she had searched his phone and found text messages she did not like, so she shattered a mirror belonging to Hodges all over his bedroom floor, causing lacerations to his foot, which was now covered in blood.

Galaneicia Starnea Wiggins of Manila Ave in Nashville, TN, was booked into the Metro Nashville Jail on September 27th, and charged with domestic vandalism of $1,000 or less. A judicial commissioner set her bond at $1,000.