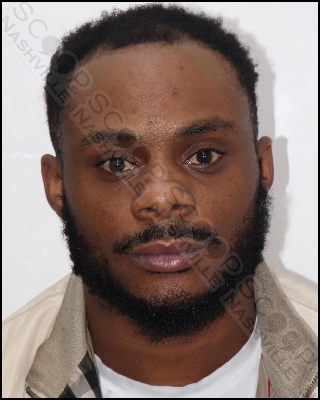 Metro Nashville Police say 25-year-old Quantavius Brown grabbed a Draco and held it in his hand as he stated his ex-girlfriend, De’Aushanai Smith, “needed to leave and would do whatever it takes” after the two argued on September 22nd. An order of protection was served on him later that day, but he was not deterred. The following day, Smith unsuccessfully attempted to reach out to her on Instagram and via phone to persuade her not to testify against him. Hours later, she began receiving messages from friends and family that Brown had posted multiple videos on social media platforms of them having sex, one of which she wasn’t even aware she was being recorded.

Quantavius Brown was booked into the Metro Nashville Jail on September 23rd, charged with domestic assault with bodily injury, unlawful exposure, and protection order violation. A judicial commissioner set his bond at $23,000.