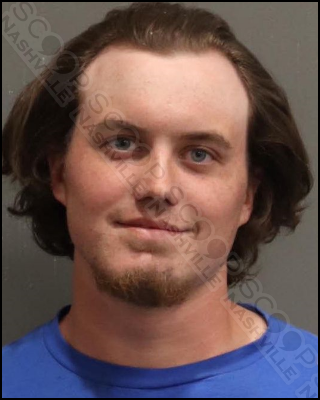 20-year-old Caleb Krantz was arrested this week on an outstanding warrant charging him with the harassment of Kara Hawkins, who was described as his ex-girlfriend in the July arrest warrant, but who is described as his current girlfriend again currently on social media. The warrant details that on July 15th, Hawkins returned to their shared home on Old Clarksville Pike with a moving truck to pack her things and leave the home. She says she called him before she arrived, and he threatened her, saying, “I’m gonna fuck you up” if she continued on her way there. She says that due to the previous history of domestic violence with Krantz, this placed her in fear for her safety. A recording of the threat was saved.

Caleb D. Krantz was booked into the Metro Nashville Jail on October 2nd, charged with failure to be booked. A judicial commissioner set his bond at $1,000.