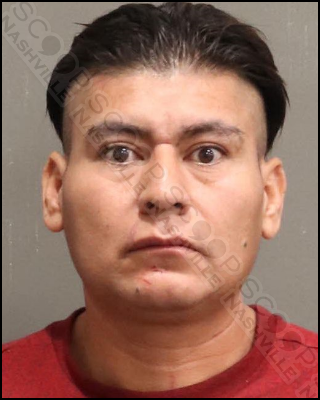 Mirian Suyapa says she was having an argument with her boyfriend, 36-year-old Francisco Sanchez, outside of their home, and she went back inside to end the argument and laid down on her bed. A short time later, she says Sanchez burst into the bedroom and climbed on top of her, and placed both of his hands around her neck, applying pressure until she had difficulty breathing and became light-headed. Her daughter came into the room and physically removed Francisco from her, and called 911. Officers documented bruising around the neck and chin of the victim.

Francisco Sanchez was booked into the Metro Nashville Jail on October 3rd, charged with aggravated assault with strangulation. A judicial commissioner set his bond at $10,000.