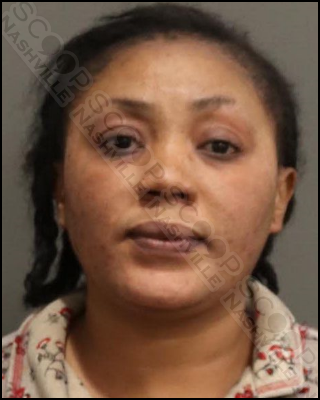 Nonye Ibeneme says he came home on Sunday, and his roommate, 37-year-old Rose Emegbagha, blocked him from entering the door and told him he didn’t live there anymore. Rose reportedly used her body to block his entry into his bedroom door and shoved him as he entered anyways, as he did still live there, and no proper eviction paperwork has been filed with the courts. Police arrived and charged Rose with domestic assault and transported her to jail.

Rose Emegbagha of Baby Ruth Ln in Antioch, TN, was booked into the Metro Nashville Jail on October 2nd, charged with domestic assault with offensive/provocative conduct. A judicial commissioner set her bond at $1,000.