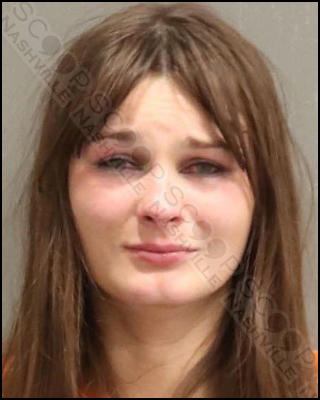 21-year-old Katherine Price was escorted out of the Ole Red bar in downtown Nashville late Saturday night by staff and Metro Nashville Police, after the venue decided she was too drunk to remain in the bar. As her friends attempted to walk her back to where they were staying, she refused and repeatedly attempted to go back inside the bar. She was offered medical transport to be evaluated and avoid jail, but she also refused that option. After a final time of refusing to let her friends get her home safely, Price was taken into custody and charged with public intoxication.

Katherine Price was booked into the Metro Nashville Jail on October 8th, charged with public intoxication. A judicial commissioner set her bond at $100.