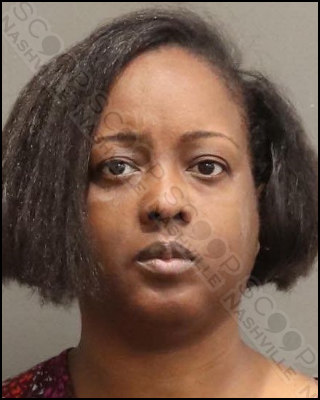 45-year-old Cawana Miller is charged with assaulting her mother at a Nashville Greyhound bus station. The victim, Rhonda Miller, explained her daughter became upset when the Greyhound staff refused to issue her a refund for an unused ticket, and when she attempted to help explain why and calm her down, Cawana slapped her mother in the face. As police were investigating the situation, Cawana had to be restrained as she continued to fight with her mother, including grabbing and removing the hat she was wearing.

Cawana Miller of Rivendale Trce in Antioch, TN, was booked into the Metro Nashville Jail on October 12th, charged with domestic assault with offensive/provocative conduct. A judicial commissioner set her bond at $1,000.