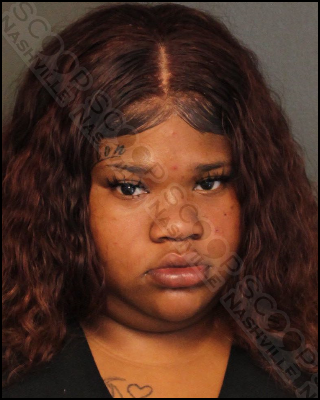 Police say 18-year-old Jahya Maxwell came to the 7-Eleven on Long Hollow Pike, where she is no longer employed, and attempted to get into the cash register. She pushed two current employees, Reade Herskovitz and Shellie Vickers, and assaulted him. When she was unable to get into the cash register, she threw a cup of water at Herskovitz and knocked over a chip rack. In a final act of frustration, Maxwell emptied the donuts from the donut case and threw them around the store.

Jahya Maxwell of North Thompson Ln in Murfreesboro, TN, was booked on the citations on October 11th, charged with two counts of assault and one count of vandalism. She is scheduled to make her next appearance in court in December.