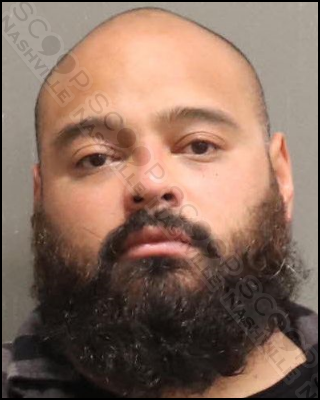 35-year-old Andres Gamboa of Franklin, TN, is charged with disorderly conduct after he was involved in a fight at Luke Bryan’s Bar in downtown Nashville early Sunday morning. Metro Nashville Police Officers working the Entertainment District Initiative approached Gamboa to de-escalate the situation when Gamboa refused to let go of the other patron and continued to be aggressive. Gamboa was taken into custody and transported to booking. He is free on pre-trial release.

Andres Gamboa of Monte Bella Place in Franklin, TN, was booked into the Metro Nashville Jail on October 30, charged with disorderly conduct. A judicial commissioner set his bond at $1,000, and the Davidson County Sheriff’s Office gave him pre-trial release from their facility.