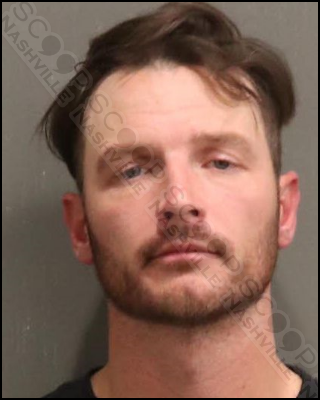 34-year-old Sean Sweeney was upset as security at Honky Tonk Central was closing the 2nd floor late early Friday morning, demanding to know where his lost debit card was. The bouncer advised Sweeney should go back downstairs, where the venue management could assist with a lost car. Sweeny refused to leave the now-closed second floor on his own and was being escorted out by security when he grabbed a glass beer bottle from the bar and struck Samuel Gehrts on the head four times. Sweeney is charged with felony aggravated assault with a deadly weapon.

Sean Sweeney of Asbury Drive in Fox River Grove, IL, was booked into the Metro Nashville Jail on November 4th, charged with aggravated assault with a deadly weapon. A judicial commissioner set her bond at $5,000.