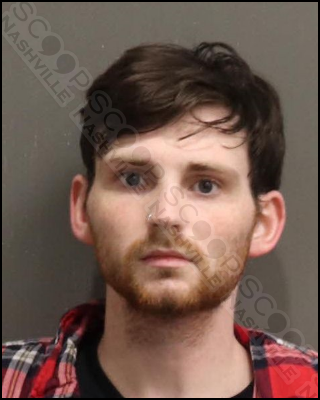 24-year-old Noah Farmer was booked this week on an outstanding citation charging him with a 2021 DUI that he never appeared to self-book for. On Valentine’s Day in 2021, first responders responded to a person passed out behind the wheel of a running vehicle in downtown Nashville and found Noah Farmer behind the wheel with the vehicle in drive. Officers had to bust out a window so medics could administer Narcan to revive Farmer. He was transported to the hospital for treatment and issued a citation for DUI.

Noah Farmer of Longwood Road in Bristol, TN, was booked into the Metro Nashville Jail on the outstanding citation charging him with DUI on November 8th. He was released on his own recognizance.