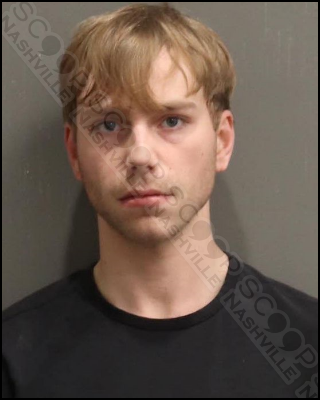 28-year-old Jacob Riley is charged with disorderly conduct and public intoxication after police say he was screaming while banging on his neighbor’s door. Officers found him intoxicated in his yard when they arrived at the scene. Other neighbors witnessed the disturbance, which turned out to be over a barking dog. Riley was deemed too intoxicated to be left alone and was transported to booking.

Jacob C. Riley of Candlestick Dr in Nashville, TN, was booked into the Metro Nashville Jail on November 8th, charged with disorderly conduct and public intoxication. A judicial commissioner set his bond at $1,100.