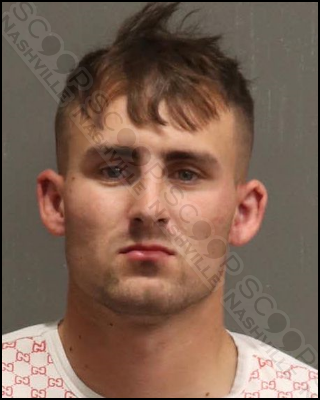 22-year-old Fort Campbell Soldier Connor James Liebergen was kicked out of Play Dance Bar on Church Street in Nashville in the early hours of Sunday morning. Security advised that after they escorted him outside of Nashville’s largest gay dance bar, Liebergen attempted to run back inside and began swinging at members of the security staff. He was detained in cuffs until Metro Nashville Police arrived and transported him to booking.

Connor James Liebergen was booked into the Metro Nashville Jail on November 13th, charged with public intoxication. A judicial commissioner set his bond at $50.