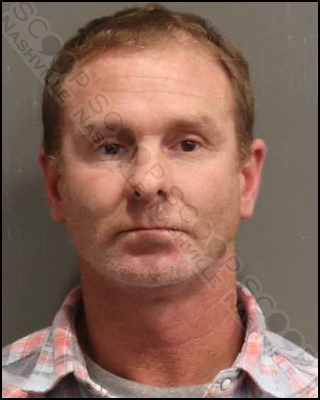 47-year-old tourist Peter Mackley of Saginaw, MI, was charged with DUI late Friday night as he drunkenly drove a Lime Scooter on a major thoroughfare in East Nashville. Mackley was scooting on Ellington Parkway near Spring Street when officers conducted a traffic stop. It was immediately apparent to police that Mackley was extremely intoxicated. Mackley admitted to drinking 9-10 drinks, culminating with a “strong” drunk shortly before the traffic stop. He performed poorly on field sobriety tests and was transported to booking.

Peter J. Mackley of N River Rd in Saginaw, MI, was booked into the Metro Nashville Jail on November 12th, charged with driving under the influence. A judicial commissioner set his bond at $2,500.