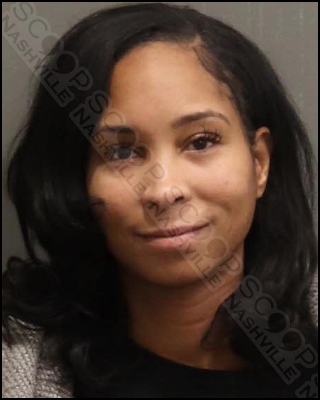 36-year-old Marquita Lindsley is charged with the harassment of her ex-boyfriend, Cory Roberts, with whom her three-year relationship recently ended. Roberts told police that he was at his Priest Woods residence when the power was suddenly turned off at 1:30 a.m. Saturday, and when he looked outside, he noticed a maroon GMC Terrain parked near his house, and he assumed Lindsley was around his home as she had been attempting to communicate with him via any means possible. After the electricity was cut off, his phone began to ring, and it was Lindsley’s number, then a blocked number, then a facetime call, all belonging to Lindsley. She called him 33 times in the next hour before the police arrived. Officers located Lindsley as she attempted to flee the scene and charged her with harassment along with two outstanding felony warrants for aggravated assault with a deadly weapon.

Marquita D. Lindsey of Belle Arbor Dr in Nashville, TN, was booked into the Metro Nashville Jail on November 19th, charged with harassment and 2 counts of aggravated assault with a deadly weapon. A judicial commissioner set her bond at $6,000.