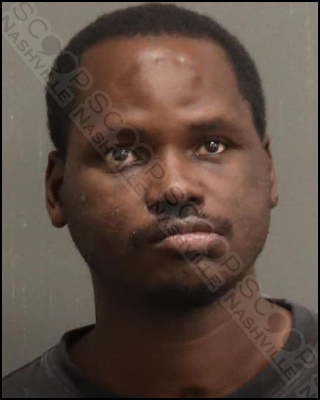 Metro Nashville Police responded to the Wedgewood location of Smokin Thighs on a report of a disorderly person at the business. They came in contact with 29-year-old Pheairis McMurray, who stated he had smoked marijuana before visiting the restaurant. He had been asked to leave and was now willing to do so; however, his slurred and muffled speech and inability to stay focused on a conversation led police to take him into custody for public intoxication.

Pheairis McMurray was booked into the Metro Nashville Jail on November 20th, charged with public intoxication. A judicial commissioner set his bond at $100.