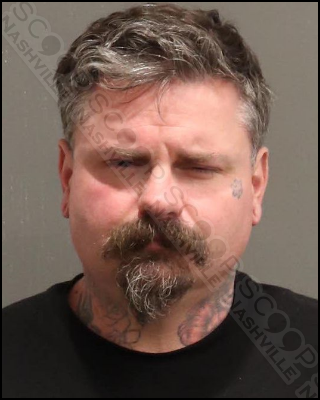 41-year-old Jason Anderson was kicked out of a downtown Nashville bar and refused service due to his level of intoxication. As he was being escorted out, he became argumentative and belligerent. Officers responded to the scene to assist and offered him a courtesy ride, but he refused. He was then offered to sober up at the hospital, but he also refused all medical assistance to avoid jail. Out of options, he was transported to booking and charged with public intoxication.

Jason Anderson was booked into the Metro Nashville Jail on November 24th, charged with public intoxication. A judicial commissioner set his bond at $100.