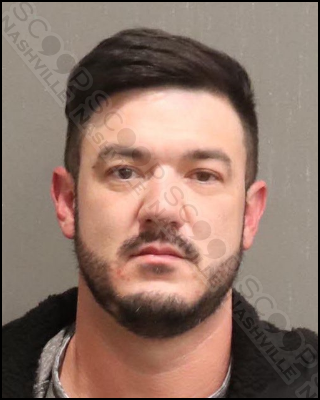 36-year-old Florida Man Nicholas Giallombardo left Hooters just after 9 p.m. on November 22nd and hit a man which his vehicle as he approached a nearby stop sign. Police arrived to find the victim on the ground yelling at the driver. Giallombardo told police, “the crackhead walked out in front of me!” Officers noted that two of Giallombardo’s tires were on the pavement, while the other two were located off the pavement and into a drainage ditch. Officers report he was visibly intoxicated and smelled of alcohol. Giallombardo admitted to drinking two shots and “some beers” within the hour prior to driving. He was taken into custody and charged with DUI.

Nicholas Giallombardo of NW 12th Ave in Cape Coral, FL, was booked into the Metro Nashville Jail on November 22nd, charged with implied consent violation and driving under the influence. A judicial commissioner set his bond at $1,500.