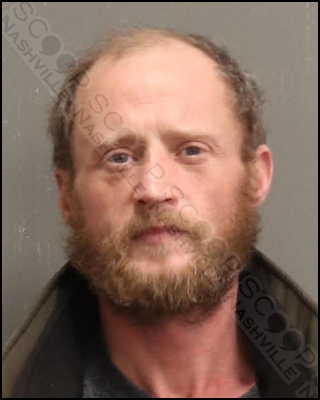 43-year-old Jason Arwood was being kicked out of Redneck Riviera on Broadway just after 7:30 p.m. Saturday in downtown Nashville. Officers were patrolling the area when they observed him just outside the bar, where he picked up food and began to throw it around as various things. Still in a rage, Arwood then ran up to the “Hell on Wheels” military party bus, climbing onto the side of it. Officers took control of the man and took him into custody for public intoxication.

Jason E. Arwood was booked into the Metro Nashville Jail on December 3rd, charged with public intoxication. A judicial commissioner set his bond at $100.