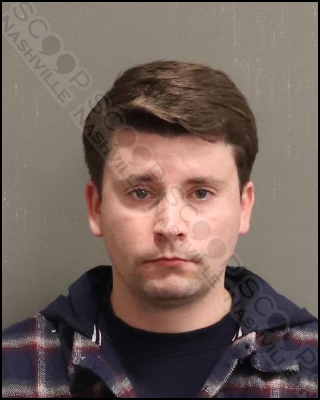 Police say 27-year-old Parker Chittenden was driving on the wrong side of Murfreesboro Pike, which is divided by a grassy median, in the early hours of Monday morning. A traffic stop was conducted, and it was immediately apparent to officers that Chittenden was heavily intoxicated. He initially admitted to consuming “two drinks” but later amended it to “four drinks” prior to driving. Police say he was both talkative and crying during their interaction. He performed poorly on field sobriety tests and was charged with DUI. He later blew a 0.112% BAC on a breathalyzer.

Parker S. Chittenden of Chesterfield Cir in Clarksville, TN, was booked into the Metro Nashville Jail on December 5th, charged with driving under the influence. A judicial commissioner set his bond at $3,000.