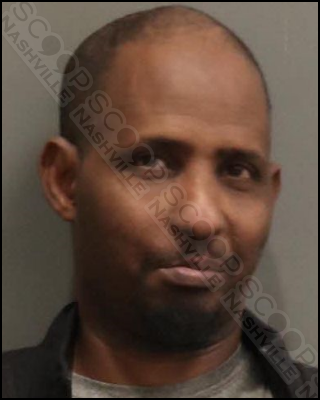 Metro Nashville Police officers working the Entertainment District Initiative on Broadway in downtown Nashville say 36-year-old Mdamed Mohamed was drunkenly attempting to get into multiple vehicles. As officers encountered him, he could barely stand up and could not answer any questions meaningfully. Officers attempted to locate an address to take him home but were unable to do so. He was transported to booking and charged with public intoxication.

Mdamed A. Mohamed was booked into the Metro Nashville Jail on December 4th, charged with public intoxication. A judicial commissioner set his bond at $100.