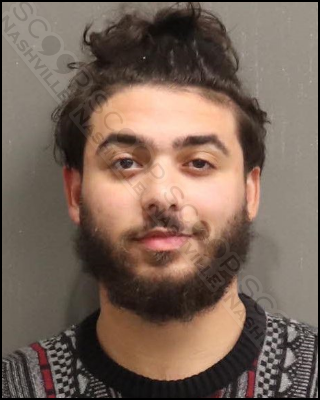 22-year-old Marco Takla caused a disturbance at Hustler Club Nashville in the early hours of Friday morning, and security called Metro Nashville Police for assistance. Officers arrived to find Marco Takla arguing with security, who had asked him multiple times to leave the property. Officers gave him the opportunity to walk away and off the property, at which point he began arguing with the police officers. He was taken into custody and charged with criminal trespass.

Marco Essam Takla of Legacy Park Rd in Mount Juliet, TN, was booked into the Metro Nashville Jail on December 9th, charged with criminal trespass. A judicial commissioner set his bond at $100.