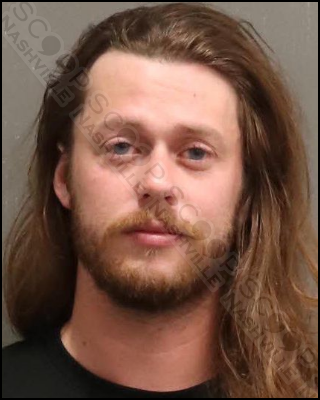 28-year-old Levi Norwine’s vehicle was being towed for a traffic violation on December 11th, and as the two truck driver was loading the vehicle, Norwine jumped onto the tow truck, causing a scene. As the driver was attempting to drive away, Norwine continued to jump onto the truck, saying he needed to retrieve more items from the vehicle. Due to his continued behavior, Norwin was taken into custody and charged with disorderly conduct.

Levi K. Norwine of Ellington Cir in Nashville, TN, was booked into the Metro Nashville Jail on December 11th, charged with disorderly conduct. A judicial commissioner set his bond at $500.