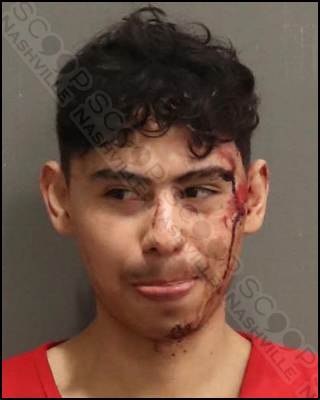 24-year-old Gregory Alejandro Alvarez says he was “drunk as hell” after drinking four shots of tequila, two beers, and two cups of wine before calling 911 sixteen times… from inside Metro General Hospital. Alvarez had been discharged from the hospital after being treated for an unrelated incident, claiming that hospital staff had stolen his money. Dispatchers advised him to stop calling 911 for this matter multiple times on multiple calls, yet the calls continued to come into the Emergency Communications Center.

Gregory Alejandro Alvarez of Boscobel St in Nashville, TN, was booked into the Metro Nashville Jail on December 11th, charged with public intoxication and making aggravated nonemergency 911 calls. A judicial commissioner set his bond at $1,100.