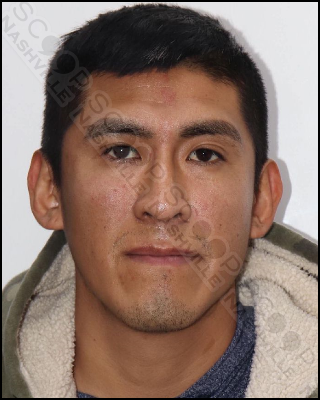 33-year-old Israel Montiel Mezo is charged with burglary and domestic assault after his ex-girlfriend, Kimberly Black, says he forced his way into her hotel room, grabbed her and forced her onto the bed. She says he pulled down her clothing and penetrated her with his fingers as she screamed for help. As she got up to flee, she says he ripped her shirt as he also fled the scene. Officers documented abrasions on her neck and chest and issued warrants for Mezo’s arrest, charging him with domestic assault and aggravated burglary. He was booked on the outstanding warrants this week.

Israel Montiel Mezo was booked into the Metro Nashville Jail on December 15th, charged with aggravated burglary and domestic assault with bodily injury. A judicial commissioner set his bond at $15,000.