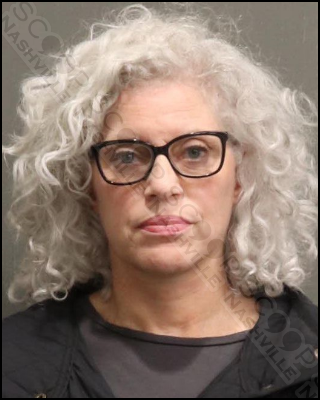 60-year-old Laura Cooke Titus told police her husband, Justin Titus, was “irate and was yelling, so I smacked him across the face with my hand” at their Green Hills estate Friday evening. She explained they argued after both had been drinking alcohol, and the argument was about Justin’s drinking habit. She says the argument promptly stopped after she smacked him, and police responded to the scene.

Laura Cooke Titus of Glen West Dr in Nashville, TN, was booked into the Metro Nashville Jail on December 16th, charged with domestic assault with bodily injury. A judicial commissioner set her bond at $1,000.