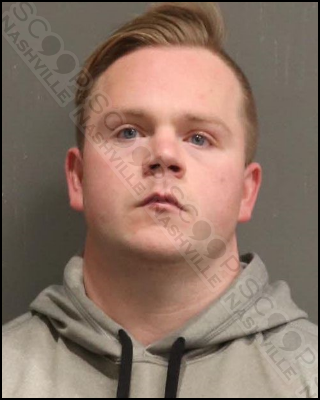 27-year-old Ryan Ward was booked into the Metro Nashville Jail Wednesday on an outstanding warrant from the Summer, charging him with assault. Brandon Baggett says he was at a party when Ryan Ward and Daniel Herndon shoved him face-first into the concrete patio near a pool and forcefully pushed him into the concrete, leaving injuries to his abdomen, knees, and hand.

Ryan Ward of Claiborne St in Nashville, TN, was booked into the Metro Nashville Jail on December 21st, charged with assault. A judicial commissioner set his bond at $1,000.