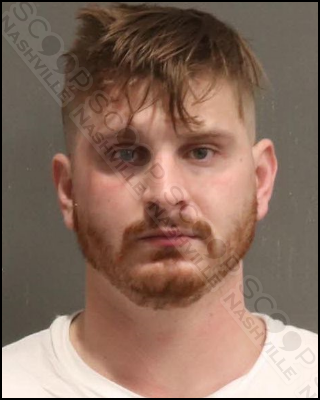 27-year-old Charles Denig was fighting near 1st & Broadway in downtown Nashville on January 1st. Officers observed the fighting behavior and separated the two involved individuals, and attempted to get them to go on their way. As they spoke with Denig, they realized his extreme level of intoxication prevented him from caring for himself, and he continued to cause a disturbance. He was transported to booking and charged with public intoxication.

Charles J. Denig was booked into the Metro Nashville Jail on January 1st, charged with public intoxication. A judicial commissioner set his bond at $100.