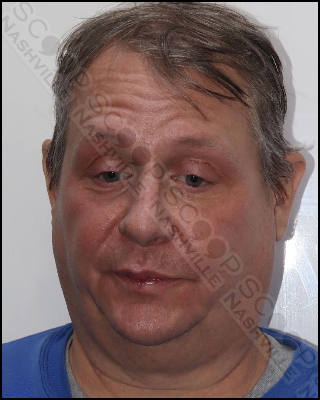 46-year-old Brian Jeffrey Austell fell to the ground and urinated on himself after Metro Nashville Police found him inside Bridgestone Arena just after 2 a.m. on January 1st. Officers had approached him and offered medical assistance due to his obvious state of intoxication, which he refused before falling over. Officers attempted to locate anyone that was with Austell or where he was staying, but he was unable to assist himself in not going to jail.

46-year-old Brian Jeffrey Austell was booked into the Metro Nashville Jail on January 1st, charged with public intoxication. A judicial commissioner set his bond at $100.