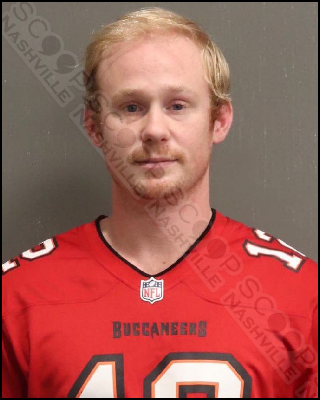 25-year-old Bryce Denton was jailed this week on an outstanding warrant charging him with stalking. His ex-girlfriend, Rebekah Fox, says that in May 2021, she found flowers on her doorstep with a note signed by Bryce, and later that night, he knocked on her door, but she didn’t let him in. She continued to have him blocked on all known numbers and social media accounts, yet he continued to find ways to contact her via new profiles on TikTok, Instagram, and Twitter, where he referend her place of work with her photo. In December 2021, the victim received a call from her property management informing her that her belongings were scattered about a common area of the complex. It was discovered Bryce left a note after he tossed her things from her balcony.

Bryce R. Denton was booked into the Metro Nashville Jail on January 5th, charged with stalking. A judicial commissioner set his bond at $1,000.