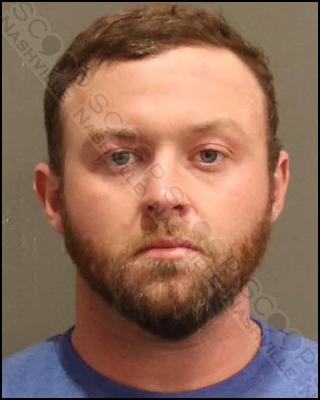 Police say 26-year-old Eric Hunter Edwards pushed an air-conditioner unit into the apartment of his ex-girlfriend, who was inside, then he crawled through the opening, stood up, and exclaimed, “You ghosted me!” His ex-girlfriend, Averie Porter, says he refused to leave, and she called 911. As she was placing the call, Hunter reportedly called her “retarded” She was able to record him breaking through the opening and showed the video to officers. During an interview, Edwards told officers he came through the front door, and that wasn’t him, despite that he was still wearing the same clothes as he was in the video.

Eric Hunter Edwards of Watersedge Lane in La Vergne, TN, was booked into the Metro Nashville Jail on January 3rd, charged with aggravated criminal trespass. A judicial commissioner set his bond at $1,000.