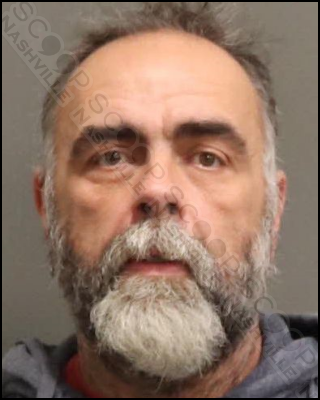 53-year-old Joe Killingsworth was booked into the Metro Nashville Jail this week on an outstanding warrant charging him with domestic assault. His wife, Sharon Renee Killingsworth, stated that on December 22, Joe told her he wanted a divorce and began taking some belonging that belonged to her. She was attempting not to argue but told him he had no right to take her things. She says he attempted to remove her from the couch and threw a coffee mug, striking her in the head, which left a mark observed by police. He fled the scene before officers arrived, and a warrant was issued for his arrest.

Joseph Edward Killingsworth was booked into the Metro Nashville Jail on December 31st, charged with domestic assault. He is free on a $1,000 bond.