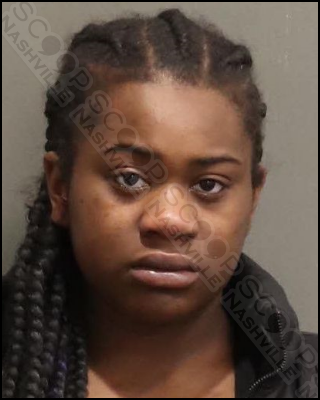 19-year-old Kaydence Armstrong confessed on New Year’s day to shooting her boyfriend, Christon Collins. Officers responded to the Wedgewood Ave apartment to find Collins with gunshot graze wounds to his left arm and right leg. The couple had been in a physical altercation earlier, but according to a witness, the argument was already over when Kaydence retrieved the gun and fired eight shots. Officers recovered the gun from her purse, along with eight spent shell casings at the scene. She remains jailed in lieu of a $100,000 bond.

Kaydence E. Armstrong was booked into the Metro Nashville Jail on January 1st, charged with aggravated assault with a deadly weapon. A judicial commissioner set her bond at $100,000.