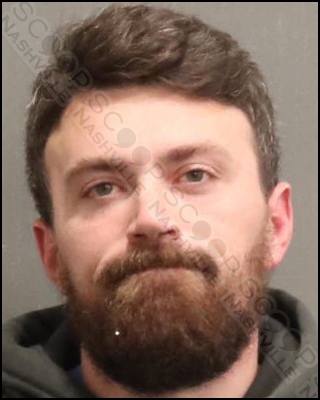 Metro Nashville Police say 34-year-old Caleb A. Shrum was the at-fault driver in a crash at Southlake Drive & Southlake Court late Thursday night after he crossed the center line and drove head-on into another vehicle. He reportedly reeked of alcohol and had obvious signs of intoxication. He admitted to drinking at a company party a few hours prior to driving. He performed poorly on field sobriety tests and later blew a 0.172% BAC on a breathalyzer.

Caleb A. Shrum of Riverview Dr in Pegram, TN, was booked into the Metro Nashville Jail on January 5th, charged with driving under the influence. A judicial commissioner set his bond at $1,500, and the Davidson County Sheriff’s Office gave him pre-trial release from their facility.