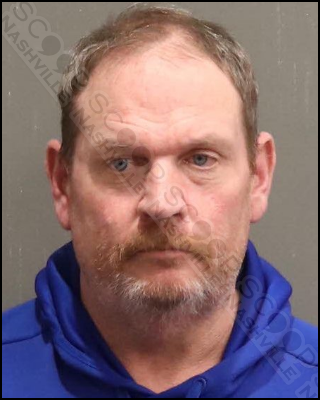 Police were on the lookout for 55-year-old Gregory Stamps, who was reported to be intoxicated and driving a black Toyota RAV4 on January 5. He was eventually located on Woodland Street, where they conducted a traffic stop to check on his welfare. Officers say he had constricted pupils and the smell of alcohol coming from his breath. Stamps stated he consumed a 25oz beer prior to driving, and officers observed a 25oz Natty Daddy in the console beside him. He was taken into custody and charged with public intoxication.

Gregory Stamps of Valley Brooke in Hendersonville, TN, was booked into the Metro Nashville Jail on January 5th, charged with driving under the influence, open container and implied consent violation. A judicial commissioner set his bond at $1,500.