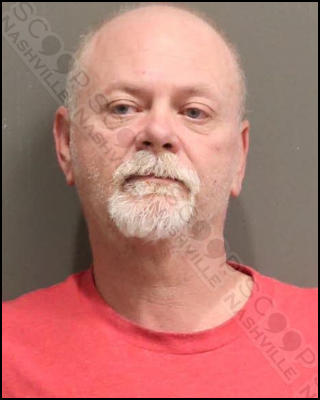 52-year-old Harold Spicer put his car in reverse on I-65N on New Year’s Eve and backed into a concrete barrier. An off-duty detective happened to also be on the interstate and witnessed the unusual behavior. First responders say Spicer was found asleep behind the wheel of his vehicle and was visibly intoxicated. Spicer, who had urinated on himself, admitted to drinking three shots of Fireball whisky prior to driving.

Harold Spicer of Flewellyn Road in Springfield, TN, was booked into the Metro Nashville Jail on Jan 2, charged with driving under the influence (DUI) and violation of the implied consent law. A judicial commissioner set his bond at $1,500, and the Davison County Sheriff’s Office gave him pre-trial release from their facility.