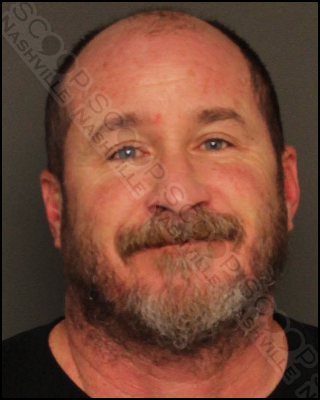 The “The Nashville Cowboy,” AKA 47-year-old Benjamin ‘Colby’ Barrett, with who tourists had a longstanding #FindTheCowboy game when he was the doorman at Layla’s in downtown Nashville, has been charged with the assault of Dallas Webb. Barrett was booked on the state citation this week for the incident that occurred in mid-October on Demonbreun Street. Police say Barrett and Webb were in a verbal altercation that turned physical when Barrett assaulted Webb. Webb then punched Barrett back in self-defense. Previously, Webb was charged with the felony aggravated assault of a woman. Since leaving Layla’s, Colby has attempted to start a tour company where he will escort tourists around town to various bars, called ‘The Cowboy Cruze‘

Benjamin Colby Barrett of John Lewis Way in Nashville, TN, was booked on the citation on January 3rd, charged with assault.