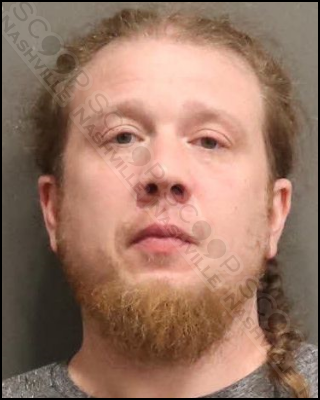 37-year-old Brian Wayne Johnson became upset at the Nashville International Airport on January 2 after he was denied boarding due to his level of intoxication. Airport police responded to the gate and attempted to assist him in getting rebooked at a later time. Johnson continued to be irate and was upsetting other passengers in the area. He then threw his backpack down an escalator in a fit of rage. He was taken into custody and charged with public intoxication.

Brian Wayne Johnson was booked into the Metro Nashville Jail on January 2nd, charged with public intoxication. A judicial commissioner set his bond at $100.