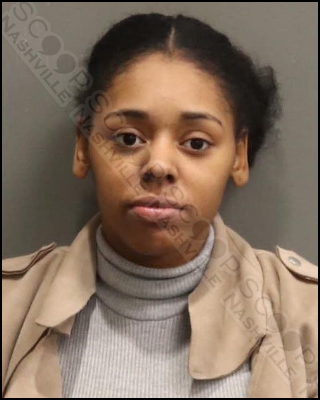 26-year-old Tyshecka Carter went to the home of her child’s father on New Year’s Day and began an argument with her ex, Demartin Robinson. When she began to punch him in the face, Carter called 911, as she has a history of assaulting and attacking him after showing up unannounced. After assaulting him, she threatened to smash his car with a brick and then began to punch him again while dispatch was on the phone. Officers arrived and observed multiple injuries on Martin and noted Carter’s bond conditions from her previous arrest don’t allow her to have contact with Martin.

Tyshecka L. Carter of Arbor Pl in Antioch, TN, was booked into the Metro Nashville Jail on January 3rd, charged with aggravated assault and conditional release violation. A judicial commissioner set her bond $5,000.