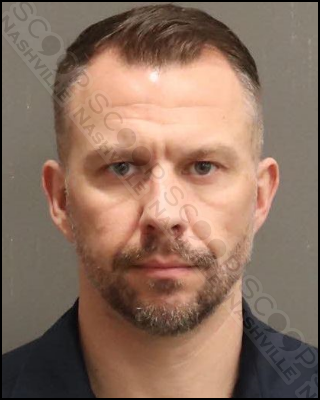 42-year-old Adam J. Pritchard is jailed in lieu of a $250,000 bond after the Grand Jury indicted him on two counts of statutory rape and eight counts of sexual battery of a then 15-year-old child. The indictment alleged that in 2020 was in a position of trust or power over the victim and engaged in unlawful sexual contact eight times and engaged in statutory rape twice during that period.

Adam J. Pritchard of Granite Hills, NC, was booked into the Metro Nashville Jail on January 6th, charged with two counts of statutory rape and eight counts of sexual battery. A judicial commissioner set his bond at $250,000.