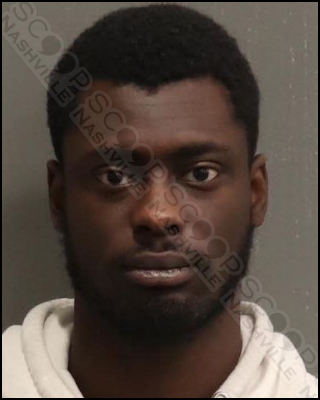 23-year-old David Lloyd Galloway says he had “two to three” drinks mixed with Whisky about an hour before crashing his black SUV into the gate of the cell phone parking lot at the Nashville International Airport just before 3 a.m. Saturday. Officers arrived to find the front end of his SUV lodged under the arm of the gate. Galloway performed poorly on field sobriety tests and was charged with DUI.

David Lloyd Galloway of Dodson Chapel Rd in Hermitage, TN, was booked into the Metro Nashville Jail on January 7th, charged with driving under the influence. A judicial commissioner set his bond at $3,000.