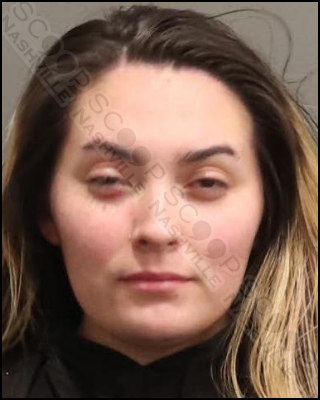 25-year-old Shianne Mccandless crashed her Nissan Armada into a rock wall near Bell Rd & Stewarts Ferry Pike before daylight Sunday morning. She appeared obviously intoxicated and stated she had come from the Rusty Nail bar, where she said she drank two doubles of tequila. Officers say she showed indicators of “extreme intoxication” on field sobriety tests and admitted she should not have been driving. She later blew a 0.21% BAC on a breathalyzer.

Shianne E. Mccandless of Hickory Hill Ln in Hermitage, TN, was booked into the Metro Nashville Jail on January 8th, charged with driving under the influence. A judicial commissioner set her bond at $2,000, and the Davidson County Sheriff’s Office gave her pre-trial release from their facility.