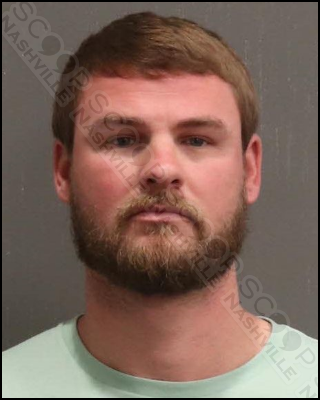 On Christmas day, 30-year-old Justin Ray Mummel came to his ex-wife’s Hermitage apartment complex to drop off his child with his mother, Valery Mummel. During the exchange, Justin reportedly became irate, demanding to know the location of his ex-wife’s new boyfriend. As he got into his Chevy Silverado to leave, he went down the street and came back, yelling and screaming at Valery from his vehicle. Valery and a witness, Mrs. Dennie, report he then pulled a handgun and pointed it at them before driving away.

Justin Ray Mummel of Tedder Blvd in Smyrna, TN, was booked into the Metro Nashville Jail on January 7th, charged with aggravated assault with a deadly weapon. A judicial commissioner set his bond at $7,000.